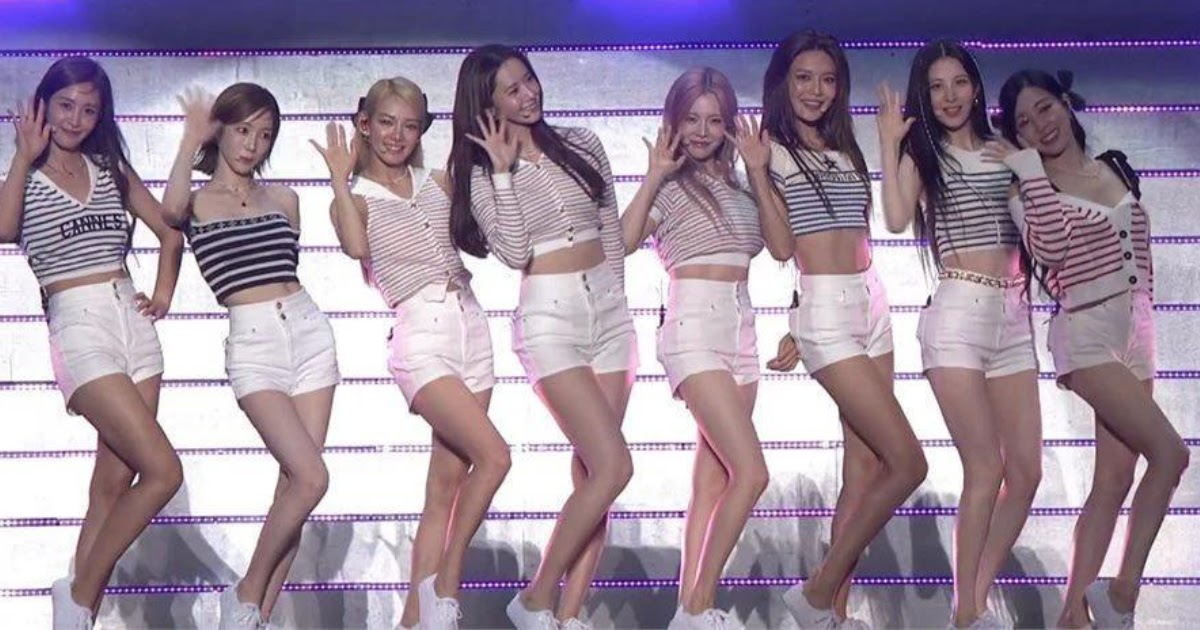 Girls’ Generation recently made a comeback to honor their 15th anniversary. It was the first time that they released music as a full 8-member group ever since members Sooyoung, Seohyun, and Tiffany had left the company. The girls performed at the SM Town 2022 concert, singing their new single, “Forever 1” and fan favorite, “Party”.

The girls also performed during the traditional SM Family ending song, “Hope”. They stepped out on stage in full force, dressed in pink. The girls waved to the crowd and were the last group to leave the stage.

But eagle-eyed fans quickly realized that it was originally not planned for the girls to appear as 8 during the ending. While they were slated to perform as a full group for “Forever 1” and “Party”, a note in the cue sheet stated that “Hope” was only supposed to feature Taeyeon and Hyoyeon.

As the other girls are incredibly busy with their acting and individual schedules, it seemed that the company did not plan for the girls to stay quite so late. What’s more is that with three members in other companies, there was no way SM Entertainment could demand the girls to participate in the SM Family ending.

Only Taeyeon and Hyoyeon will appear from Girls’ Generation. When the song is ending, move to take a group shot during the speech.

Thanks to the undying love that the girls all have for their group, they ended up staying until the very last minute. Not only did all the members come out during “Hope”, they also were the last to leave the stage. They held out and greeted the fans until the cameras were off.

As it’s the first time in five years since their last full comeback in 2017, the girls must have felt overwhelmed and happy to perform in front of fans again as 8. Although the ending was unplanned, fans were incredibly touched that all the members chose to leave the stage together.

The Most Profitable Buy Signal In Bitcoin Just Triggered