Hwang In Youp steals fans’ hearts with his ‘True Beauty’ 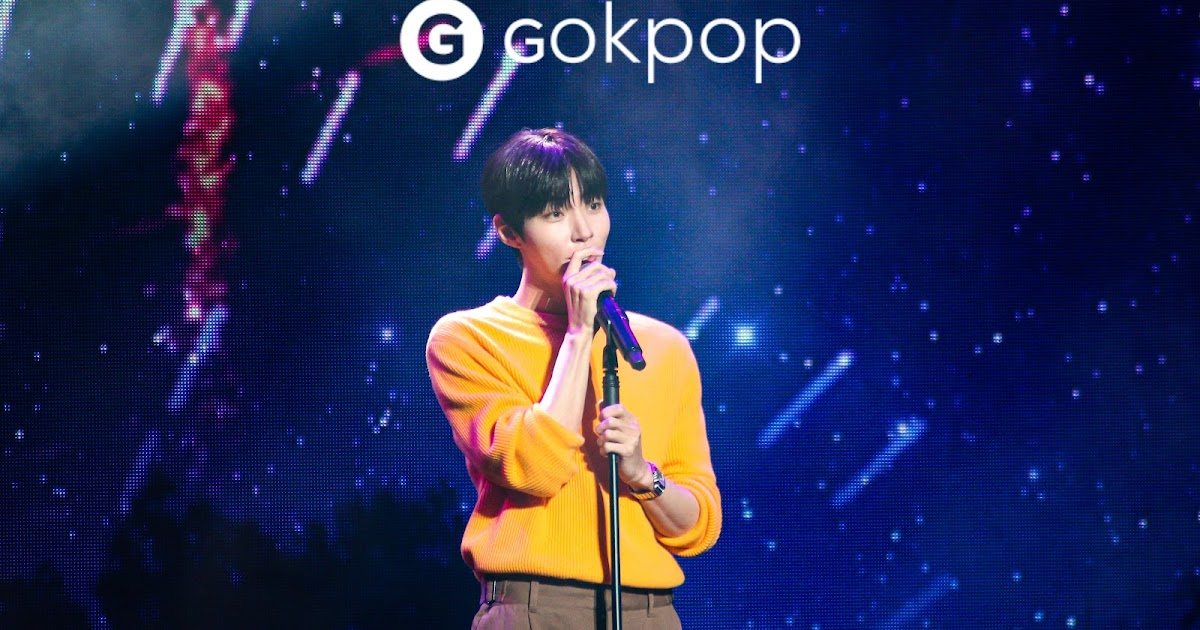 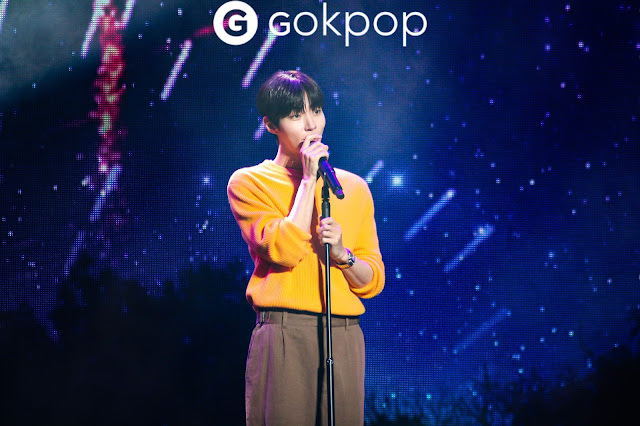 Korean actor Hwang In Youp dropped by Singapore for the first time on 30 July 2022 for his 1st Asia Fan Meeting Tour. Held at Capitol Theatre, the heartthrob enchanted fans with his sweet smile, live singing and generous fan-interactions.

Prior to the fanmeeting that evening, a fansign was held for VIP ticket holders, treating the fans to exclusive interactions even before the show starts! Before entering the venue, fans could also write questions for Hwang In Youp in the form of post-its, where they will be placed on a board and shown to the actor during the event itself.

At 6PM, the actor kicked off the fanmeeting by performing his solo OST ‘Starting Today‘ from the drama which shot him to fame, ‘True Beauty‘. 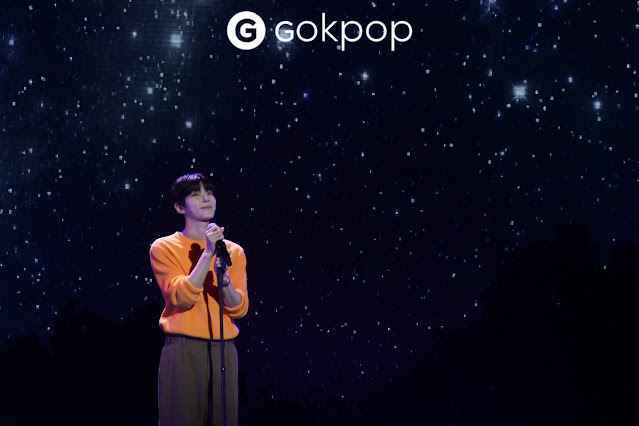 Introducing himself after the song, Hwang In Youp said it’s his first time in Singapore, and feels the country is beautiful. “The fans here are as beautiful as the country,” added the actor, leading to an avalanche of cheers from the audience.

Local delicacies are not to be missed out when in a new country! The star mentioned that he has tried chilli crab and asked for other recommendations, to which fans, also endearingly known as HIYLIY, replied with examples like chicken rice and even durian.

In lieu of the country’s upcoming National Day, a quiz was prepared for Hwang In Youp to test how much he knows about the sunny island. With assistance from the fans, he managed to get all six questions correct and was treated to a local snack – kaya toast!

“Shiok!” the host taught Hwang In Youp to describe the taste in local language, which means ‘enjoyable’.

Here’s a gift for the smart actor who got all the 6 quiz questions correct – our local delicacy, kaya toast 🍞

After savouring the local toast, five lucky fans were picked to receive polaroid photos from the actor onstage.

Moving on to the Q&A session, Hwang In Youp satisfied fans’ curiosity by answering selected questions. One of them requested him to have a staring contest with her and much to fans’ envy, he carried out the request with the fan onstage!

A fan has requested the tall actor to have a staring contest – and he has very bravely accepted the challenge! The lucky fan gets to go onstage for the challenge 👀#황인엽 #HwangInYoup #HwangInYoupinSingapore #HIYinSG pic.twitter.com/8JmufLLoVV

When another fan asked Hwang In Youp to sing a song for her birthday which was the next day, the very sweet actor requested the audience to sing together, as he feels it’ll be more wholesome for the birthday girl.

Before ending off the Q&A, the actor treated fans to five different heart poses. 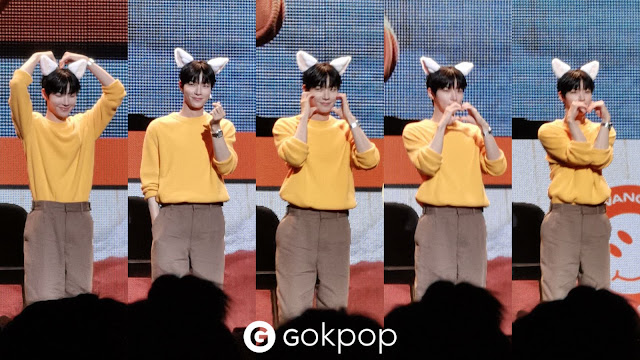 Returning for the second half of the fanmeeting with a fresh outfit, Hwang In Youp surprised fans by appearing through one of the event doors and walking around the audience!

The atmosphere was then toned down when the actor proceeded to speak about his experiences in his various roles.

“In The Sound of Magic, my character had a habit of scratching. I myself tend to have a habit of clasping my lips when I try to hold my laughter. This was applied to ‘Why Her?‘ too,” Hwang In Youp expressed. He even carried out the ‘Okey Dokey Youp‘ challenge, fulfilling his promise towards his fans!

Afterwards, it was time for another interactive segment. Much to eager fans’ delight, lucky ones were picked via lucky draw to play games with their favourite celebrity. “Ddakji’, a hand balance game and a staring contest were the games played!

When a young fan finished the game with Hwang In Youp, the actor even asked for her parents’ permission to hug her, showcasing his gentlemanly qualities. The very fortunate fans were also each given a polaroid. The star then gave away one last gift which was a traditional Korean fan, personalized by none other than himself. 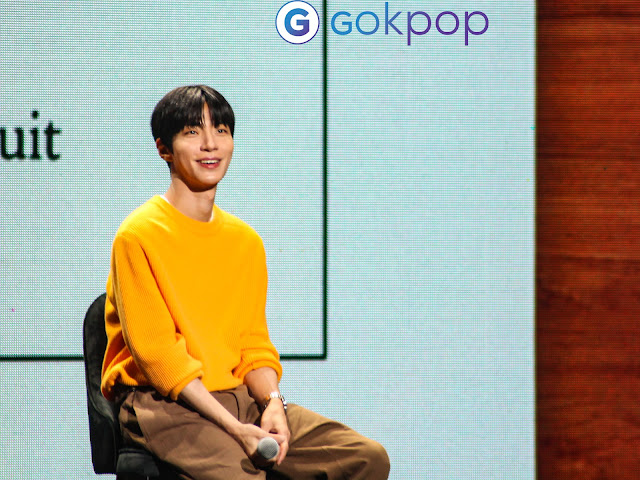 Throughout the fanmeeting, Hwang In Youp displayed many positive traits of himself. One example was using his right hand despite being a left-hander during the ‘ddakji’ game, even if it means putting himself at a disadvantage.

“Hwang In Youp is always nice and polite to people around him. He actually did a lot of spontaneous things today, like decorating & giving away the traditional fan!” The host was also full of praises for the actor.

The fanmeeting concluded with a short thank you speech from Hwang In Youp, and serenading the fans with ‘I Mean It‘, a soundtrack from his drama ‘The Sound of Magic’.

As much as we don’t want to, it’s time to say goodbye 😢

Hwang In Youp serenades his fans once again with “I Mean It”, an OST from none other than his drama “The Sound of Magic” 🎶🎤#황인엽 #HwangInYoup #HwangInYoupinSingapore #HIYinSG pic.twitter.com/I9VeKin8cK

We’d like to thank IMC Live Global for inviting us to the show.