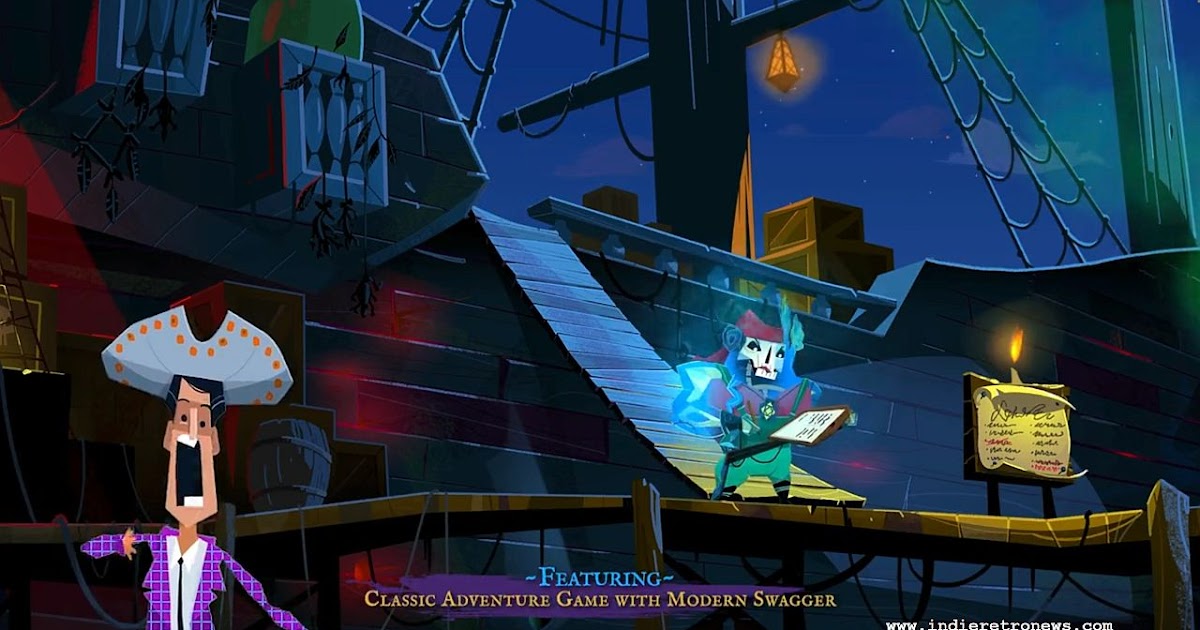 The Secret of Monkey Island developed by Lucasfilm Games (later LucasArts) was originally released in 1990 and created by now industry legends Ron Gilbert, Tim Schafer, and Dave Grossman. It was a game that has lived on the hearts of many with its fantastic pirate charm. Well if you remember that fine game, you’ll be pleased to know that the upcoming sequel of ‘Return to Monkey Island’ is not only coming September 19th, but a brand new teaser trailer has also been revealed!

Stan sure knows his marketing! It’s the biggest #MonkeyIslandMonday ever and it’s International Talk Like a Pirate Day and you can preorder now and it’s less than a month away and I should to get back to bug fixing! https://t.co/kY0OPqMiOu pic.twitter.com/TEu1rWQ0zN

As we said before : It’s been many years since Guybrush Threepwood was last locked in a battle of wits with his nemesis, the zombie pirate LeChuck. His true love, Elaine Marley, has turned her focus away from governing and Guybrush himself is adrift and unfulfilled, having never found the Secret of Monkey Island. Hip, young pirate leaders led by Captain Madison have shuffled the old guard from power, Melee Island has taken a turn for the worse, and famed businessman Stan has been imprisoned for ‘marketing-related crimes’.

Banter with old friends and new faces on familiar islands, take to the high seas and explore the new and unknown as you work your way out of tough predicaments, try to solve clever puzzles, bizarre situations, and devastating ripostes are all that stand between Guybrush and glory. So yes if you are a fan of the Adventure genre and loved playing The Secret of Monkey Island all those years ago on the Amiga, PC or other, you may just like this upcoming game of ‘Return to Monkey Island’, which is available for pre-order and release date of September 19th… International Talk like a Pirate Day yarrrr!