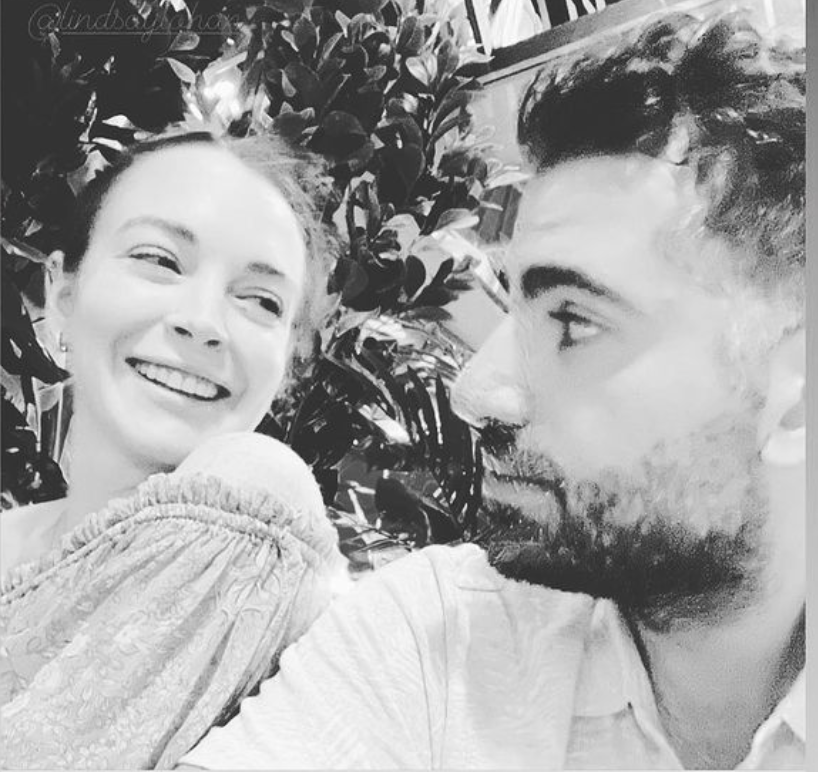 Lindsay Lohan is finding plenty to smile about these days.

The actress, 36, took to Instagram on Saturday to share a sweet black-and-white photo of herself smiling at her new husband, Bader Shammas.

News of the couple’s nuptials hit on Lohan’s 36th birthday on July 2 when she shared an Instagram tribute to Shammas calling him her “husband.” A representative later confirmed to E! News that Lohan and Shammas were officially married.

“I am the luckiest woman in the world. You found me and knew that I wanted to find happiness and grace, all at the same time. I am stunned that you are my husband. My life and my everything,” Lohan captioned the photo, which featured the couple smiling for the camera as Lohan rested her hand on his chest. “Every woman should feel like this every day.”

The couple had announced their engagement last November.

“My love. My life. My family. My future,” Lohan wrote on Instagram, revealing her diamond engagement ring.

In April, she told Vogue why she decided to leave Hollywood behind and move to Dubai in 2014.

“I got there, and I felt a certain sense of calm,” she explained. “I think it’s because paparazzi is illegal there. I really found that I had a private life, and I could just take time for myself. I decided to stay there because I really learned to appreciate what it is to go do my work, and then leave and live a normal life.

“It took me moving there to really appreciate the time that I take for myself, instead of just going, going, going and learning to say ‘no,'” she added. “And really putting myself first, and choosing the things that I want to do, wisely, for me first.”

Of course, Lohan hasn’t left Hollywood entirely. In March, she signed a deal to star in two additional movies with Netflix, which will follow her upcoming holiday rom-com Falling for Christmas, People reported. She also made waves with her humorous Super Bowl commercial for Planet Fitness back in January.

NFT Loans: Cryptos Bleed But NFTs Can Get You Loans