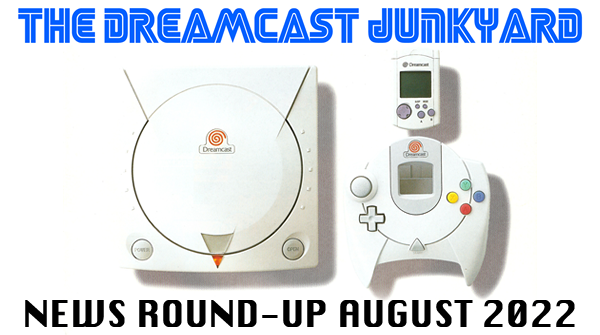 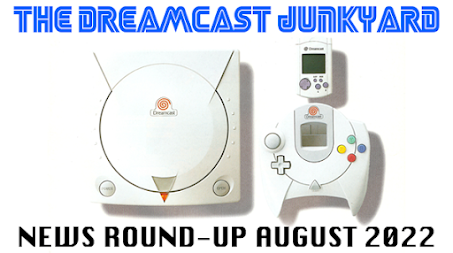 It’s August 2022 and the Dreamcast renaissance shows no signs of petering out. All kinds of talented and creative folks from across the world clearly haven’t had their fill of the little white dream machine just yet, and a plethora of projects continue to be announced left, right and centre. But how are you supposed to keep tabs on this whirlwind of activity? Don’t you worry, the Junkyard is here to report on all the latest from the Dreamcast cosmos. Buckle up for a bumper news round-up freshly sourced from our network of highly informed sleuths.

Four new indie releases, Jeremy? That’s insaneIn the recent past DCJY writers have salivated over the possibility that the indie release schedule of 2022 and 2023 would turn out to be ram packed. Of course, those who are a little longer in the tooth may know that announced indie games sadly don’t always make it through to completion or can fall into cycles of delays, but fortunately this has not been an issue in recent months, with four new titles landing so far this summer. 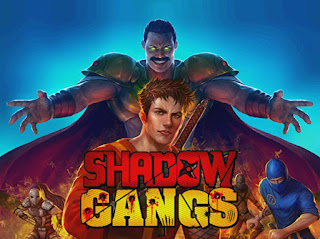 Shadow Gangs, the hotly anticipated Shinobi-esque side-scrolling beat em’ up, dropped in June. The Dreamcast release was finally made possible by a Kickstarter campaign that met its funding goal in March, after which the developers JKM Corp conspired with Wave Game Studios to rapidly turn out the physical release. Those who want to know more should check-out the publisher’s website, the handful of reviews that have quickly surfaced (The Dreamcast Junkyard, RetroFaith, Games Freezer), or have a gander at the various gameplay videos available on the likes of Youtube and Twitch. 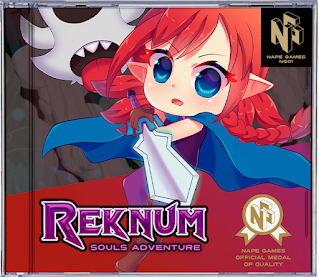 Two further releases quickly followed Shadow Gangs in June. Hailing from sunny Spain, Nape Games made their maiden voyage into Dreamcast territory with the release of Ploid and Renkum Souls Adventure. Both are pitched as action-adventure 2D platformers, each with their own distinctive stories that appear to link-up with worlds that have already been built-up over the course of Nape Games prior releases. Relatively little has been reported on the Dreamcast releases of these two titles so far – perhaps because the initial print-runs were quite limited. The publishers have hinted that a re-print could be on the cards in the future though, so be sure to keep those eyes peeled. 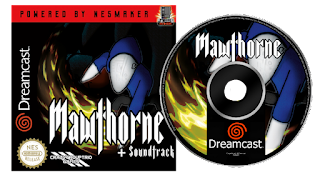 The final new indie release of the summer season, Mawthorne, shares a common thread with the Nape Games duo in that it was also primarily developed for the NES. Where it differs though, aside from being an entirely new IP, is in its simultaneous release on the Dreamcast and the NES. No waiting around here – the Dreamcast bound MIL-CDs shipped out alongside the cartridges in July. Details on this ‘metroidvania platform-adventure’ game can be found over on its Kickstarter page. Fingers crossed a re-print of the Dreamcast version will be coming down the line for those who missed out on the Kickstarter. As with the Nape Games duo, I can’t comment on the quality of this release, as I haven’t got my grubby mits on it, but with a bit of luck reviews will start to surface soon.

More indie releases on the horizon

Of course, there are shedloads of indie releases and re-releases on the horizon too. Read on for a rapid-fire rundown of the forthcoming games:

Basically then, there are more forthcoming Dreamcast releases than you will know what to do with. Let me tell you something, the Dreamcast hasn’t even begun to peak. And when it does peak, you’ll know. Because it’s gonna peak so hard that everybody in Philadelphia’s gonna feel it.

Mods, hardware and other tinkerings

A slew of announcements about newly invented modifications, improved hardware, and all kinds of other productive tinkerings have been coming in thick and fast this summer. While you’ve been touring Skeggie’s penny arcades and ice-cream vans on your summer hols’, others have clearly been hard at work…

Following on from his 2021 invention of a method that allowed Broadband Adapter users to notify others of the games they are playing via DreamcastNow, Scrivani has recently produced a guide on how to use a DreamPi (I.E. a Raspberry Pi configured to enable online play via a simulated dial-up connection) as a WiFi to ethernet repeater. In lay terms, this configuration facilitates the use of the Broadband Adapter over WiFi. So, no more trip hazards from an ethernet cable snaking down the stairs to your router. Admittedly the use of this functionality is likely to be limited, but if you are one of the privileged few who make active use of a Broadband Adapter, then you should definitely check it out.

Sticking with the online theme but moving onto ground that may have a wider appeal, at the end of May, Dreamcast Talk user ‘dude22072’ revealed that they had undertaken some serious efforts to reverse engineer the online capabilities of the suite of Dreamcast games which were formerly playable online via the KDDI service in Japan. The KDDI service was what enabled a large chunk of Capcom games – including the likes of Heavy Metal Geomatrix, Marvel vs. Capcom 2, and Spawn: In the Demon’s Hand – to be played online. Given the number of games involved, this is significant progress in terms of the ongoing online revival of the Dreamcast. To be clear, the online functions of these games have not actually been restored yet, and there is no guarantee that they ever will be, but a big step forward has nevertheless been made (serious enough for the online restoration of these games to now be considered work in progress on the Dreamcast Live website).

Those who don’t play their Dreamcast online (sacrilege!), don’t fear, as there is some news that may interest you too. Chris Daioglou has released an update on the progression of the creation of the ‘VM2’, a modernised Visual Memory Unit with a whole host of upgrades, including a rechargeable battery, an improved screen and a MicroSD card slot. A funding campaign for the VM2 is due to launch via Indiegogo on the 1st of September, so you won’t need to wait too much longer to part with your hard earned cash. Earlier this month, 8BitMods also publicly stated their intention to produce their own VMU but have kept quiet about precisely what this will entail, given that they are only in their initial stages of development.

Last but not least

During its tragically short official lifespan, countless games were reported to be in development for the Dreamcast which never actually saw the light of day. Some of the titles that were all but complete, such as Half Life and Propellor Arena are well known, and leaked playable versions have been available for years. However, there are others that remain shrouded in mystery. Thankfully, lately pcwzrd13 has put his detective skills into action, tracking down and speaking with the developers who would have worked on these unreleased Dreamcast games, thereby setting the record straight on what was genuinely in the works and what was simply salacious gossip. He posted an extensive list of initial findings on the Dreamcast-Talk forums in May, including some quotes directly from the developers, and has been updating this on occasion since then.

Early on in August, the Junkyard’s own Mike Phelan announced he had finally reached a cut-off point for his forthcoming tome ‘The A-Z of Dreamcast Games’, confirming that the tally of games which it will cover is a whopping 703. Hopefully this means we can stop lusting over the photos of the mock-up edition and have the real deal in our hands before the year is out. Furthermore, thanks to the selfless efforts of those who continue to reliably pump out translations – such as Cool Cool Toon which a team including Derek Pascarella has recently begun work on – a growing chunk of the Japan exclusive titles covered by the book are playable by English-language audiences.

So, that’s all for now folks. New indie releases, revived online games on the horizon, beefed-up VMUs, translations, and hefty books with as many pages as an old school Argos catalogue. What more could you want?

OK, OK, one last snippet of news, if you must insist. If you’d like to meet the Junkyard’s very-own Lewis and Tom, in person, then make sure you head to the Nottingham Video Games Expo on the 17th and 18th of December. Autographed headshots will be available but please be sure to form an orderly queue.

Top Ethereum Bridges You Should Know

Hwarang: The Elite Soldiers Of The Kingdom Of Shilla

Hwarang: The Elite Soldiers Of The Kingdom Of Shilla