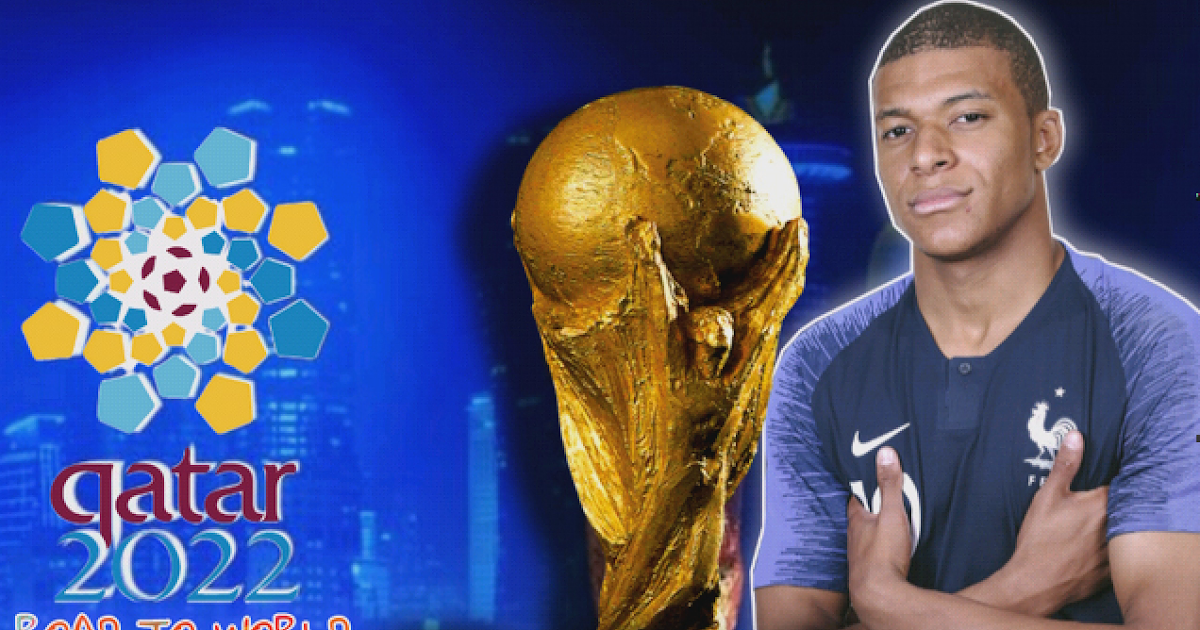 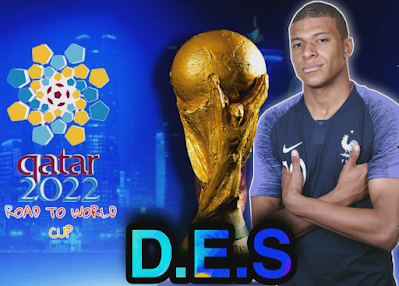 The Dreamcast never played host to an official FIFA World Cup title for a couple of obvious reasons – namely that the console lived and died in the four year gap between the France ’98 and 2002 Korea & Japan competitions; and that Electronic Arts held the licence for the official simulation of the tournament. Yes, we know there was also a Konami-produced World Cup ’98 game, but they were too busy vomiting out Grinch games onto the Dreamcast to bother porting any of that ISS goodness.

I suppose the closest we ever came to getting an official football tournament tie-in game was Sega Worldwide Soccer 2000: Euro Edition, which aimed to capitalise on the 2000 European Championships; and while that game is decent enough, it doesn’t really come anywhere near the best football offerings hosted by contemporary platforms. 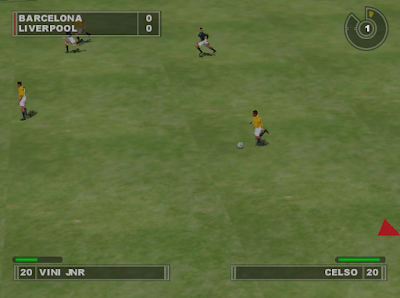 Things are about to change though, as a fan-made ‘official’ World Cup Qatar ’22 game has now launched for Sega’s retro beast, bringing all the thrills and spills of the 2022 Qatar World Cup to the Dreamcast…sort of. When this title was first announced a few months ago, I was quite rightly very interested. I’m a huge fan of football and football games, and so to get a new indie developed football game on the Dreamcast sounded like mana was finally being delivered from heaven. Then the news filtered through that this ‘new’ game was little more than a fan mod of one of the most lacklustre efforts on the Dreamcast – European Super League – and my anticipation was replaced with the normal background disappointment that only a Manchester United supporter can truly understand. Sigh.

So then, I write this news piece in two minds. On the one hand World Cup Qatar ’22 (or D.E.S. / Dreamcast Evolution Soccer, as it sometimes refers to itself) is simply Virgin Interactive’s European Super League in wolf’s clothing. It plays the same essentially – and I hate to say this – but it’s a bad game. On the other hand though, one can’t help but be impressed by the effort that has gone into this release. Meu Dreamcast, the team behind World Cup Qatar ’22, have gone to great lengths to add all manner of cosmetic changes to the base European Super League game, with an impressive FMV intro, up to date international squads, kits, new pitch textures, crowd effects and even play-by-play commentary (of sorts) – something the original game oddly lacked.

Strangely, there are lots of remnants of the original base game left unedited though, such as team names during gameplay and player likenesses – I’m pretty sure Edgar Davids never played for England, for example. The game is still only a 95% complete beta according to the file name though, so maybe these things will be ammended in time.

In summary then – World Cup Qatar ’22 is a game that can’t really be faulted when it comes to sheer dedication on the part of the modding team. It’s a free update for an existing game that adds a whole lot in terms of aesthetic upgrades; but when the engine underneath is so lacking in terms of quality there exists something of a dichotomy. It’s like buying a Lamborghini only to discover someone has replaced the engine with that of an Austin Princess. 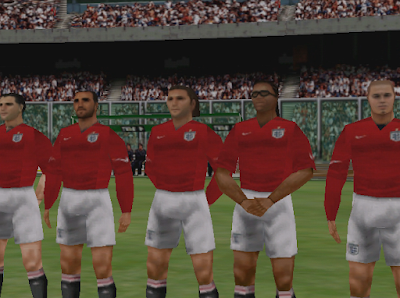 That said, it is totally free to download and try for yourself, so there’s nothing to lose in giving this spirited upstart a trial. If the squad behind this release have the inclination to turn their attention to a superior base game (say, UEFA Striker or Virtua Striker 2), then things are looking promising for the future. If they give it 110%, naturally. Back to the studio. 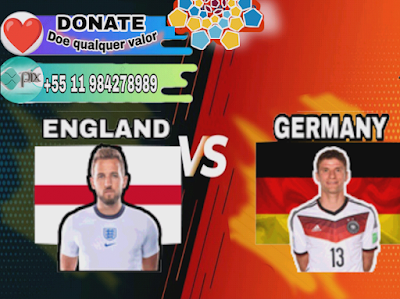 At this point allow me to apologise for all of the piss poor football cliches included in this news report. And now you’ve forgiven me, feel free to grab World Cup Qatar ’22 for Dreamcast over at the Dreamcast Talk forums, and/or check out some gameplay comparison footage here.